The structure of Castor

The Form builder in Castor enables you to create and modify your own forms for your eCRF.  Castor makes a distinction between the study structure, reports and surveys (see image below): 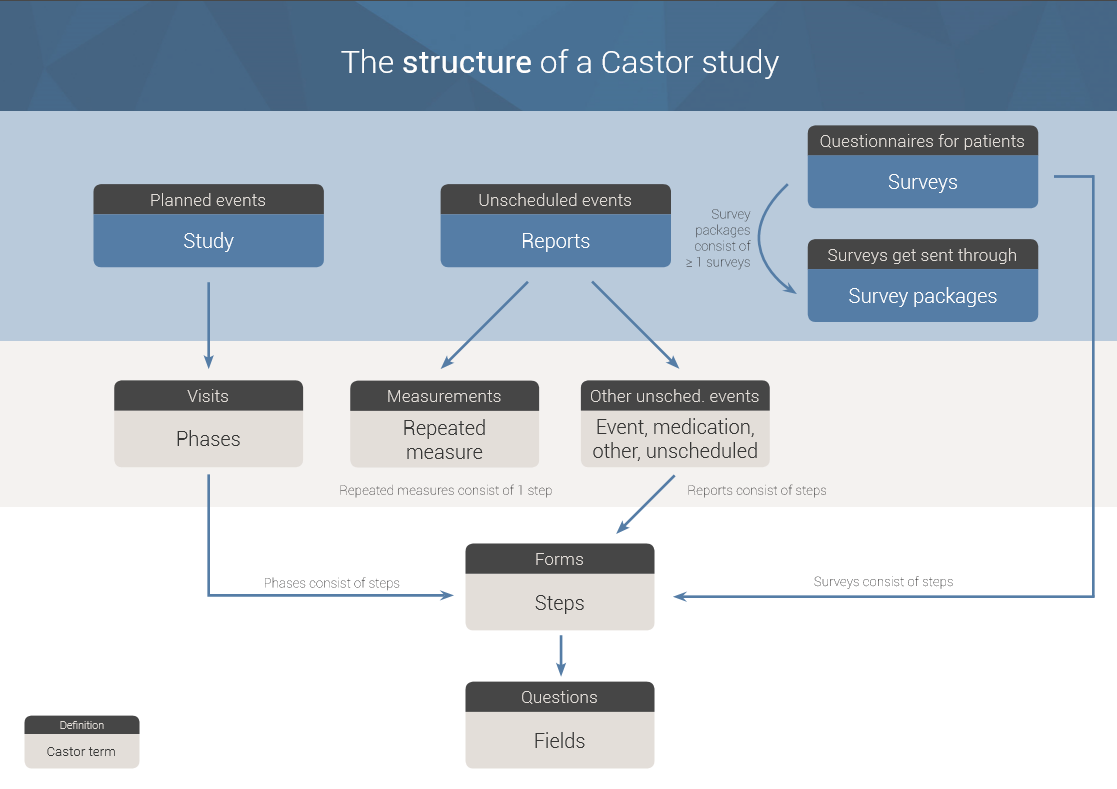 The basic structure of your CRF is determined by Phases and Steps, which contain Fields, the actual questions.

Questions to ask yourself when you are setting up the study structure:

Choose files or drag and drop files
Was this article helpful?
Yes
No