Responding to Queries in EDC/CDMS

If a monitor has placed a query on a participant, this query icon appears on the participant list in the Queries column.

Clicking on the query icon will take the user to the field in which the query was placed.

Once a user clicks on the query icon from the field, the query status table will appear. Here, is where updates to the query occur.

A normal user can either set the status to: 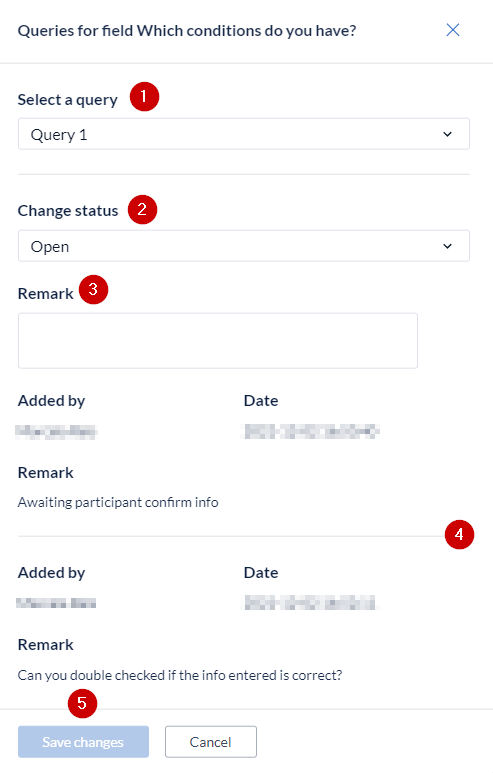 The status can only be changed when accompanied by a remark. Previous remarks and their date and time of entry are shown in the remarks history (4).

To update the status of a query, select the correct query (1), in case there are multiple queries for the same field, and choose the appropriate status from the drop-down (2), enter your remark (3), and press the 'Save changes’ button (5).

Viewing and answering queries for a single participant

Viewing a complete list of queries in the study

To have an overview of all the queries in the study, the participants they are in, and their statuses, go to the 'Monitoring' tab from the general left side menu. Click on 'Queries' to see the list:

When working with queries, it is important to consider whether forms are locked: