All survey invitations that have been created and sent in the study will appear in the 'Surveys' tab: 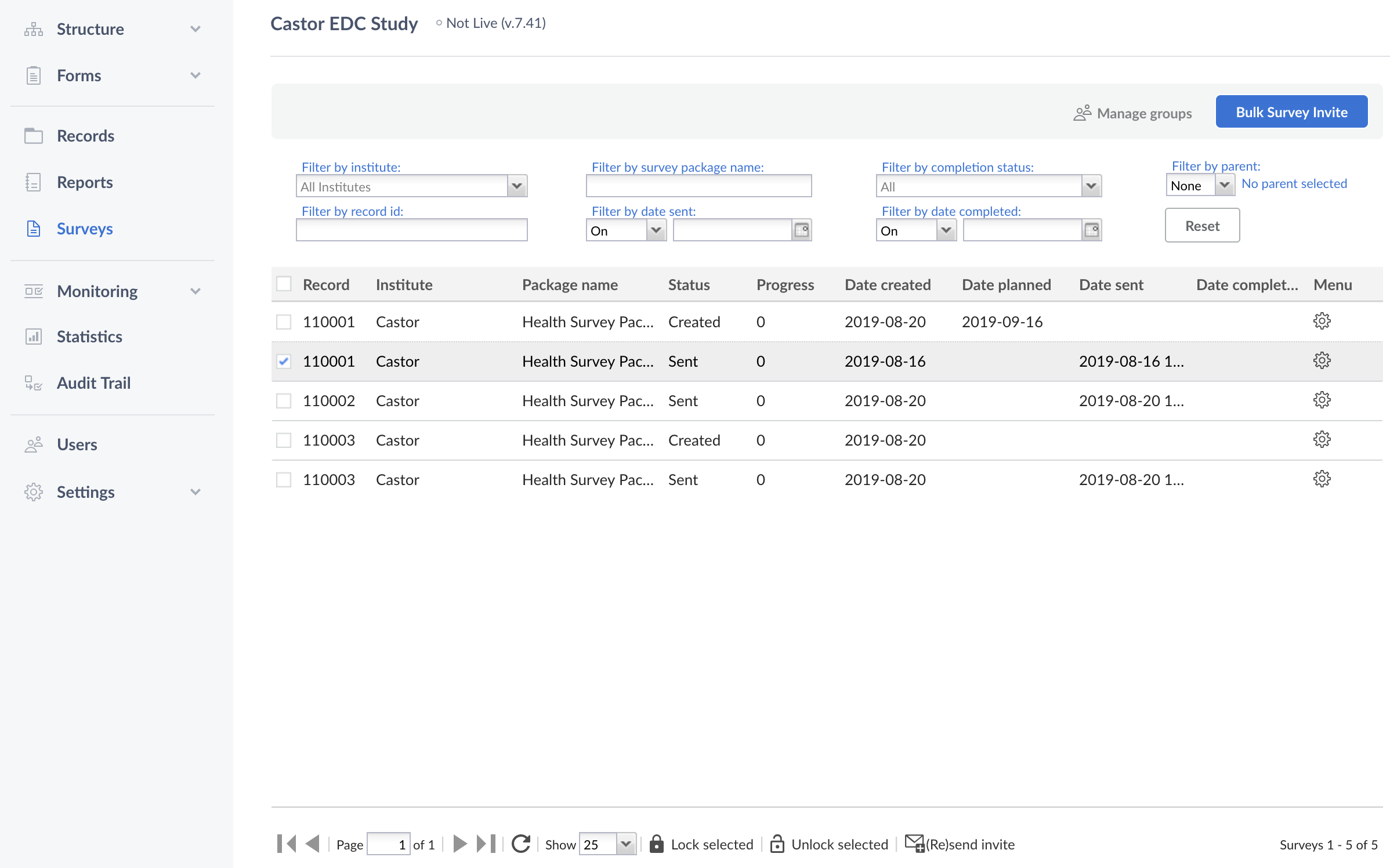 You can make use of this tab to track the survey progress, to re-send survey invitations and to archive (or un-archive) any unnecessary surveys. Each row is a separate survey invitation and contains several categories (columns):

You can click on the heading of any of these categories to sort the surveys according to that category in an ascending (one click) or descending (two clicks) order. The last column contains a cogwheel that you can click to edit the survey invitation or view the survey responses. Clicking on the cogwheel reveals the following options:

In the top of the 'Surveys' tab, several filters are available that can be used to narrow down the listed surveys. The filters are listed below:

Institute: Show only records that belong only the selected institute.

Survey name: Show all surveys that contain the word 'Daily'.

Record ID: Shows all surveys for a given record.

Date sent: Find surveys that were sent before a certain date.

Date completed: Display all surveys that were completed after a certain date.

Parent: Lists all surveys that belong to the specified phase.

These filters can be combined to narrow down the list of invitations - for example, if you want to find the surveys that belong to Phase 1, linked to institute X and were sent before 1 Dec. This is convenient if you want to send survey reminders.

To clear all the filters, just press 'Reset':

Choose files or drag and drop files
surveys
manage
epro
Was this article helpful?
Yes
No